“We should drink alcohol. Off to Oar House!” Enjh proclaimed while we were comfortably ensconced drinking Voltage in Shrine MotherFucker I. So off we went to Oar House, which was apparently just a stone’s throw away from Shrine MotherFucker I. It was 12 midnight and Oar House was already deserted, and Enjh was right, it was the sort of cozy, intimate watering hole in the mold of those Irish pubs or something, not that I’ve ever seen an original Irish pub. Or an original anything for that matter, in fact we used to have a transistor (transistor! AHHAAHAHAH!!!) branded not Sony, but Sonya. Now Oar House is the sort of place that old customers have a tendency to be secretive about, so I can now be categorized under Usurpers Who Make Our Cool Hang-Out Places Commercial. Nothing against them elitists because we used to call the usurpers of our favorite coffee house seats, well, Mother Fuckers. I’ve been walking by that corner for over ten years and I’ve never seen Oar House before.
While taking a swig the bar was playing U2’s Walk On from the fantastic album All That You Can’t Leave Behind.
“And the music is good, too,” Enjh said.
“Yes, not kukuru-kuku,” Godwin agreed. 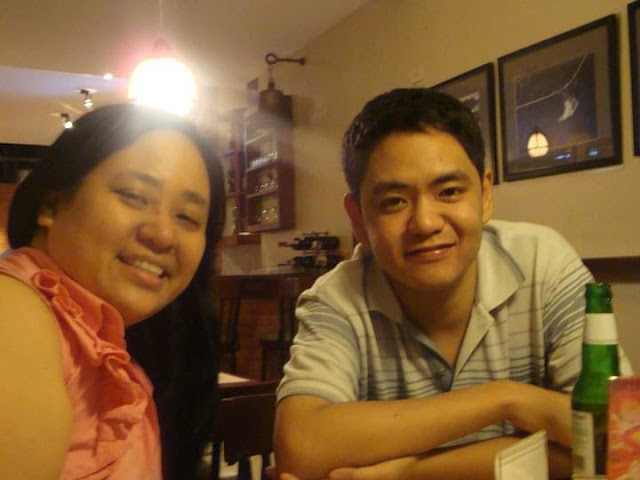 It’s the sort of place I could very well be comfortable in, because for years on end I’ve been attempting to drink by myself for more Holden Caulfieldish drama, but every time I get near those bars in Nakpil my head hurts from the club music and the pulsing lights and the seedy people around asking if I want to have sex. So in the remote event that you’re reading this: I just want to drink alone and ruminate and sometimes be suicidal and ruminate for more drama, okay, I don’t want to have sex!
Which reminds me, All That You Can’t Leave Behind is one of my ultimate favorite albums of all time and I need to listen to it right now. Back in 2001 while waiting for my turn in the admission interview at the UP College of Medicine I was sitting in a corner in MRL listening to the Grammy Awards in Magic 89.9 in my Discman (Discman! AHAHAHAHA!) and All That You Can’t Leave Behind was not nominated for Album of the Year because its release didn’t make the deadline or something. Eminem went on stage as the final performer and sang Stan with Elton John. After which they went backstage as the nominees for Album of the Year were announced. We were all rooting for Eminem’s Marshall Mathers LP and besides he has just performed, so this could be a good sign. Presentor then goes, “And the Album of the Year goes to… Two Against Nature by Steely Dan!!!”

P.S. A couple of weeks ago I’ve downloaded Two Against Nature. I listened to it and still went: What the hellellel.