The DC Direct level is now sort of divided into three, with the middle being the JLA, the right containing the JSA and the other non-group heroes, and the left having the Batman family and villains. The 2nd DC Direct level now contains the Silver Age incarnations in the middle, and the New Frontier, Alex Ross, and Red Son versions in the periphery. And it is with this rearrangement that I’ve come to realize that I can keep them this way for a long time, without adding anyone. The other figures that I need are no longer available, or are not yet being made, or will not even be made, which includes Silver Age incarnations of the other Legion of Superheroes, a hot-looking Nicola Scott or Ed Benes version of Oracle, formerly Batgirl, and other vital JSA members like Jakeem and Johnny Thunder with the pink Thunderbolt, Liberty Belle, Sand, Damage, Atom Smasher, and Powergirl. It would also be nice, of course, if DC will make a Silver Age Superman set wave 2, which should include Lana Lang, Ma and Pa Kent, Jor-El in the green suit with the sun emblem, Lara, Pete Ross, and even Lori Lemaris and Jerro the Mer-boy for Supergirl’s dating pleasure. And I wouldn’t mind, really, if they’ll re-release those that I’ve missed like the Infinite Crisis Powergirl and the LOSH kids. All of these, of course, would amount to huge amounts of money, which I don’t and will never ever have. I just think that at some point, I need to prepare for the future. Like what if I get nasopharyngeal carcinoma next week and I need radiation and chemo? What if I get involved in an accident which will require expensive bilateral lower extremity prostheses? Or what if I all of a sudden become unsettlingly vain and demand to have a chin implant?

Chin implant. Come to think of it, it’s probably not vanity. After inordinate hours of staring at my chin in the mirror, this weak chin could explain years of getting bullied, and years of being a supporting cast in someone else’s big budget blockbuster movie. Blockbuster movie, for those with good, square chins. Not necessarily those with clefts, I am actually yet to see one, but chins that seem to say don’t mess with me or I’ll point this missile launcher at your city. Or to you if you’re too insistent in having me sign this… this contract, this farce, this abomination. What the fuck are you talking about, you ask, dismayed at the digressions on top of mis-digressions on top of sub-tangentialities on top of overt schizophrenia. I don’t know. 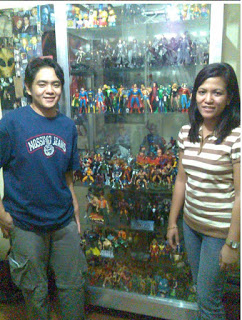