I’ve decided that I am NOT GOING TO WATCH IT! AHAHAHAHAHHHA. That ahahhahahahaha is of course akin to the ahahhahhahahhah when you realize you have appendicitis and would need to be operated on right now. Or the same ahahahahahha when you get to Shrine Mother Fucker 1 to download important stuff only to realize that their internet is down. To quote How To Get Over Facebook: What, they think we go there for the coffee?

Because I’ve just recently computed my state of affairs for the next month and noted that I wouldn’t be able to afford even the bleacherest of the bleachers. It’s just the hellowshipness of it all, having had no salary again for the past 3 months and having to ask a friend to drive over an empty toothpaste tube so I could make simot what’s left in it. In an interview with the contestants after Survivor: Outback finished its run 10 years ago one of them told Jeff that he thought they wouldn’t really be left off to fend for themselves by the production, that at some point they would be given bananas to eat off-camera, an apparently totally wrong assumption. It was the same with hellowship. Uni-Horned Beef Jerky Alanis Whore and I thought then that they wouldn’t really make us work for nothing to be supported only with sprinkled grace from the Military-Industrial Complex of Entanglement (M.I.C.E.) who would do so only when they feel like it, RIGHT? RIGHT?! Wrong.
Hence, no Keane for now. I only hope that Lauryn Hill, Alanis, xx, Our Lady Peace, Corinne, or Radiohead wouldn’t come here any time soon, although I probably wouldn’t have to worry about Lauryn Hill seeing as she has weirded out or something after the Miseducation of 1998.
The next six months couldn’t run fast enough. 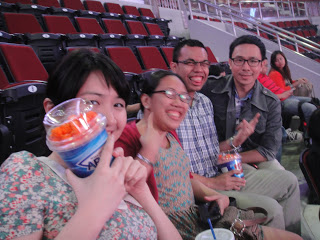