Been reading too much books and comic books, watching too many movies, and writing way too many stupid blog entries the past weeks that you’d wonder how I even manage to groom myself. Okay so I don’t groom myself, but I am now a repository of useless information more than ever.

Have been reading Y: The Last Man by Brian Vaughan and Pia Guerra, a 60-issue limited series under Vertigo, the adult imprint of DC Comics. Wait, did you know that DC stands for Detective Comics? So it’s therefore like saying Detective Comics Comics, much like PIN number. One of DC’s earliest publications was an anthology series called Detective Comics back when the company publishing it was still called National Publications. Batman made his debut in Detective Comics.

Back to Y: The Last Man. Excellent, excellent read, I’m placing it in the same league as Watchmen, Identity Crisis, and the JSA run of Geoff Johns. The premise: all the Y-chromosome carriers on earth die instantaneously except Yorrick and his pet monkey Ampersand, and Brian and Pia (close kami) has successfully explored all its repercussions in the most entertaining way possible, with each issue ending in a cliffhanger in a classic pulp sci-fi manner. A co-resident, a mother of two children in her thirty’s who has never read a single comic book has been eavesreading it with me, and she’s hooked. They are planning to make a movie adaptation and the early favorite for the role of Yorrick is Shia Lebouf. He has turned the role down, which is great. He just doesn’t have that geeky, English lit, frequently emasculated guy vibe, so the role is still up for grabs. If they’re going to make a movie out of it, it should be in at least two or three parts, each movie filmed at the same time and shown two or three months apart. And since you asked, yes, there are a few girl-to-girl action. And it’s wonderfully, genuinely hilarious, too. 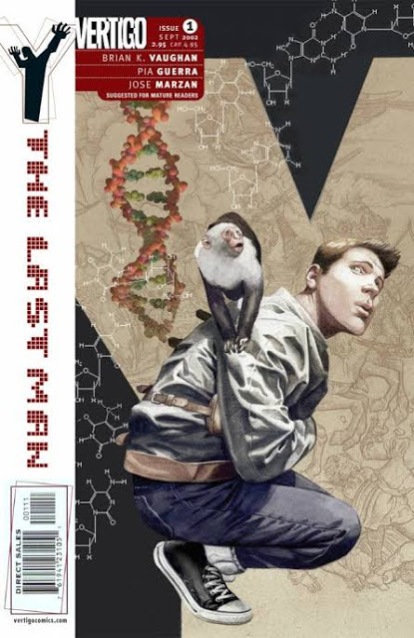 At the same time have also reading the X-Men cross-over The Messiah Complex. Remember (or not), in the House of M almost all of the mutants were decimated when the Scarlet Witch got all loony, and in The Messiah Complex we finally see the first mutant birth since that decimation. Everyone, of course, is racing to get the baby. Gripping stuff but eventually lost gas in the middle, with all the running around and deaths, and I can’t believe they’ve spent almost 14 issues on this without even elucidating on what or who the heck this baby is.

At the same time (I am therefore a Legionnaire called Triplicate Turd), I am catching up on Greg Rucka’s run on Wonder Woman, featuring storylines wherein Wonder Woman wrote a book, fought Medusa, and for a few issues was blind with a red scarf on her eyes for creepiness effect. Great, fun stuff.

And yet at the same time, I am reading the latest action in the latest DC releases: Dick Grayson, formerly Robin, formerly Nightwing, is now Batman!!! The annoying supposed son of Bruce Wayne, Damian, is now Robin!!! Tim Drake, formerly Robin, is now The Red Robin!!! Supergirl finally discovers the identity of Superwoman, and it’s no other than Lois’ sister, Lucy Lane!!! Lana Lang, who is still my choice to be Superman’s life partner, has a deadly disease, and if they kill her I am going to throw myself in a vat of taffy!!! Wonder Woman is still battling that fugly monster, who turns out to be the reanimated corpse of Wonder Woman herself from the future!!! Green Lantern, who is still battling Agent Orange Larfleeze, has just lost his right hand carrying the ring, because Larfleeze chopped it off!!! The Oracle mini-series is crap!!! Final Crisis Aftermath: Run is actually a surprise hit!!! And most importantly, someone else is now wearing the Batgirl costume, and we still don’t know who the fuck it is!!!

I see that I’ve entitled this entry Movies but haven’t reviewed anything of that sort. Have to man the poison control exhibit booth now and make sure no one steals those deadly cassavas, so maybe next time.

a personal blog of a bewildered teacher