Nobody Has Great Love For This Earth More Than Wonder Woman

To distract us from the Over-All Misery of Things, I am contemplating on playing Ganthet and bestow power ring sergeant-hood! What am I talking about, you dare ask? In Blackest Night 6 it has been declared that in times of crisis the 7 power rings can be temporarily duplicated and bestowed to seven people who possess the characteristics of those lantern rings! To enumerate:

1. Red Lantern of Rage- This has been awarded to Mera, wife of Aquaman, for her pure rage during this entire Blackest Night event. In real life, I have bestowed this ring to… Smoketh! I know some of you might have more rage than Smoketh, but it was beyond my control, all right. As soon as I texted her the word “PUSSY!” she has been filled with puuure rage and a red ring just swooped down and inserted itself in her finger! “Smoketh, you have great rage in your heart. Welcome to… The Red Lantern Corps!”

2. Orange Lantern of Avarice- Much to Larfleeze’s annoyance an orange lantern was given to none other than… Lex Luthor! In real life, I am hereby awarding this to… Namtab Pots! As much as I hate it, Callistus Netromedev, your avarice has surpassed mine, as you want all your graphic novels in hard cover, while I’m content with the cheap trade paperbacks! Plus, you can say MINE!MINE!MINE! longer that I can!

3. Green Lantern of Will- This has been usurped by Ganthet himself. Or was that some other Guardian, I don’t know, they all look alike. And in real life, the duplicated green lantern ring is now bestowed upon… JD-Lu! Yes, JD-Lu, you possess great will! Since 2nd year, in fact, when you’ve exhibited pure willpower in writing long, intense, chart entries in your night MHAPOD duties to rival and berate our pathetic POD entries, plus the will to diminute 30 patients down to 4 for our benefit! Great will power you indeed possess. Oh, wait, Tessieloopagoop, are you reminding us that you were able to slim down the night patients during the lepto craze from 42 to 4? Are you trying to say that you have an even greater will? All right Tessieloopagoop no need to pout, you can have it. I said you can have it.

4. Yellow Lantern of Fear- was given to Scarecrow. But in real life, “You have the ability to instill great FEAR… Matillademonicusmultitrafecta!” Tremble, I hereby declare, tremble! I shall not elucidate any further as my teeth are genuinely chattering and knees buckling just from mentioning thy name.

Who has the ability to instill Great Hope and hence deserving to become a Blue Lantern along with that sperm-head and Hindu elephant guy? Who will become a member of the Indigo Tribe for possessing great Compassion? And most importantly, who has great Loooove in her heart to yank away the Violet Ring of Love away from Wonder Woman’s claws? Beware, for nobody loves this earth more than Wonder Woman! 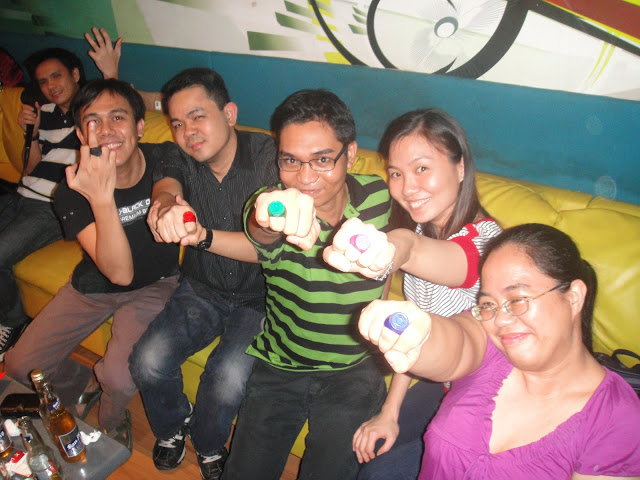